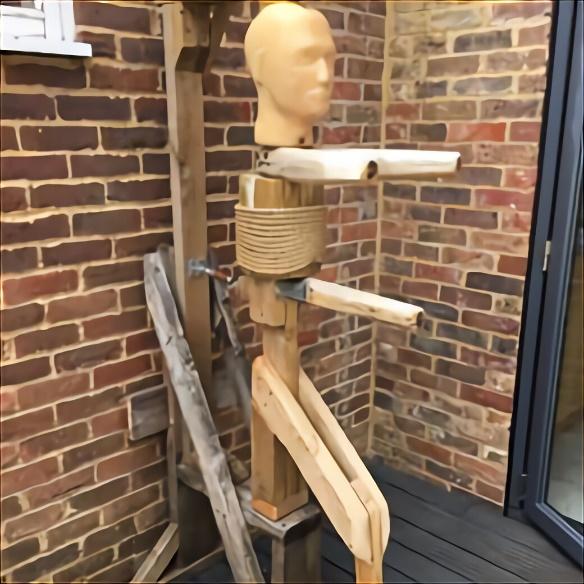 “My Sifu has said, when asked, that our best “apparatus” for training is our training partner’s arms, legs, head and torso. He asks us to consider how much money it would cost to build a training dummy as unpredictable and obnoxious as the average T’ai Chi student.”
– Frank Chai

The inspiration for this post came about as the result of a push-hands session at my colleague’s last class.  One of the students comes from a “hard” martial art background – karate or taekwondo or some such – doesn’t matter which.  I worked with him and his strength was immense – so immense, in fact, that I had no problem whatsoever figuring out what he intended, how he intended to do it, what exact point he was off balance and, conversely, how & when to collapse him completely and effortlessly.

Lest you think I’m bragging, I’ll say right here that he was at the exact same point in his tai chi journey as I was when I started out.  My most frustrating partner ever was at my first class in Valparaiso.  She was a short, adorable, sunshiny little English teacher, whose eyes would widen and who would put her hands to her face and go “OOH! Sorry!” every time she’d push or pull me flat on the floor…

…which was EVERY. DAMNED. TIME. we crossed hands.

By her nature she was an empathetic person, able at an almost cellular level to intuit what her partner was doing.  She “got” tai chi practically from the instant she started learning, and she “got” it largely because she had a head-start on me when it came to ting jin, or “listening energy.”  I had no such intuitive understanding, and it took me many humbling years before I even began to grasp the concept – even longer to learn to put it into execution.

Ting jin translates literally to “listening energy” but it might be better expressed as “heightened awareness.”  I said in an earlier post that it was “a very heightened focus on sensory input, combined with interpreting the meaning of the input,” and went on to liken it to the non-verbal communication between dance partners who know each other well.  It’s almost exactly the same thing, just in a different context.

My partner last week – and I years ago – not only didn’t understand the need for ting jin (and wouldn’t have been able to implement it even if we’d known), but we also had the wrong approach to push hands, something I’ve also written about and talked about in class.  He and I both thought of push hands in terms of sparring.  But that’s not one bit what push hands really is.

The object of sparring is success – applying the technique correctly and/or putting your partner/opponent into submission.  The object of push hands, per contra, is discovery.  Practicing the solo form teaches us how we feel – how it feels when we stand, step, move, adjust our posture and so on.  We learn how the energy inside us feels as it moves from one place to another and, ultimately, we begin to learn how to move this energy around inside us at will.  In the exact same way, push hands teaches us how someone else who is in physical contact with us feels – how it feels when he or she stands, steps, moves, adjusts their posture and so on.  We learn how their energy feels as it moves from place to place, and, with time and practice, we begin to learn how to manipulate not only our own energy, but our partner’s, while at the same time frustrating our partner’s attempts to do the same to us.

Much has been written about ting jin and how to make use of it.  A lot of what’s written about it, however, is like trying to describe colors to a blind person.  The best teacher is experience.  To the degree that I can offer any advice on how best to cultivate the sense of ting jin and be open to discovering it and learning it, I offer the following advice, which I recommend because we’re going to start doing more push-hands in class:

Ting jin is an advanced skill within tai chi, and push hands is how we develop it.  It’s challenging but valuable.