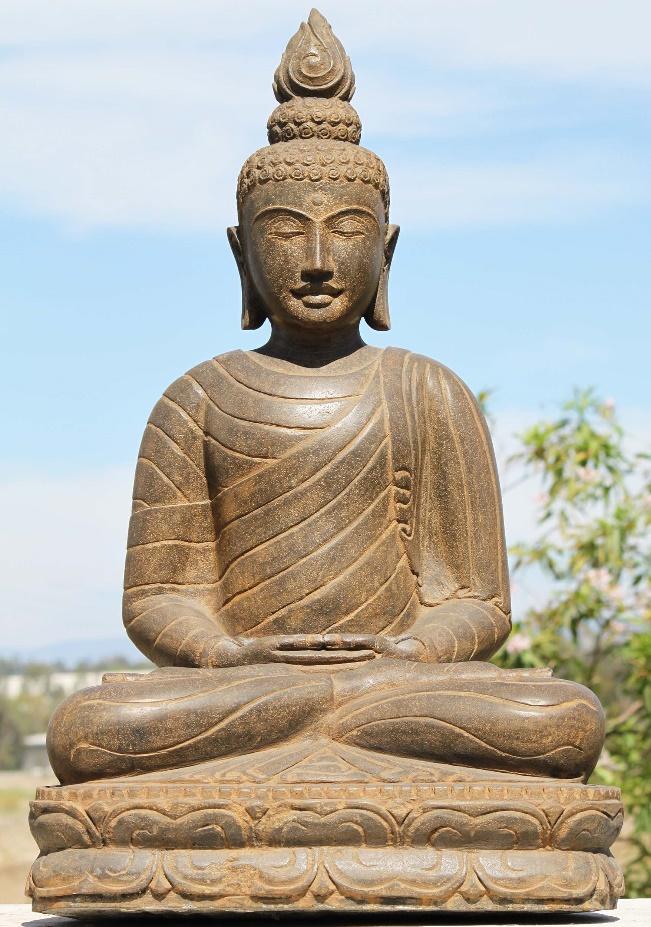 Yesterday during class, I was honored by a visit from a fellow teacher here at the studio.  He came in and followed along with the last half of the class.  After class he asked me a question, and a valuable one, which I think deserves a better answer than I gave him.  His question was to the effect of “Isn’t tai chi supposed to be a form of meditation?”  I’ve written before on the topic, but his question indicates that it deserves a fuller treatment.  We’ve all heard “tai chi is moving meditation.” This pithy phrase demands an explanation.  In order to answer his question fully, it’s necessary to separate it into several parts.  I’m afraid I gave him only part of the answer.

A satisfactory answer requires us to first understand what we mean by “meditation.”  It’s a word with many meanings, all of which are entirely valid, and each meaning can be applied in different ways.  Some of those meanings have religious connotations.  Some have a transcendent level of enlightenment in view.  Some are concerned with emptying the mind and experiencing a profound sense of connectedness with the world around us.  For the philosophical, “meditation” is a focused concentration on a question or phenomenon.

Each of these definitions have similarities and differences.  They all point to highly individual and personal experiences – enlightenment doesn’t come to an entire class all at the same time.  They all point in the direction of personal growth.  They all hold out the promise of deeper understanding.  The differences are self-evident.  They need not be gone into except to know these differences are there – the Buddhist monk is not doing the same meditation as the existentialist philosopher or the tai chi player.

Meditation in tai chi is somewhat related to the last category I discussed (that of the philosopher), but not entirely.  In the martial arts context – and tai chi is only one of many martial arts that stress its importance – meditation is a trained, focused concentration on what the player is doing at that moment, and on the world around him or her at that moment.  Its goal is mastery of the art; but this mastery includes inner calm, “grace under pressure,” increased awareness of our surroundings and a sense of equanimity and “being at peace” with the world around us.  All this, in addition to the physical benefits of improved balance, less pain and greater coordination in movement.

The practice of tai chi requires a considerable amount of concentration.  It requires:

“Meditation” in tai chi also shares some of the aspects of the more spiritual forms, such as:

This is a LOT to concentrate on and work on all at the same time.  If you work on getting to this level, the ability to “meditate” – to train your “focused concentration” on how you and your partner feel in that moment – you’ve achieved a high degree of competence at the art of meditation more generally.  We can apply what we learn in “tai chi meditation” outside of the martial arts context – what the Grandmasters of the past referred to as the “civil” aspect of the art.

My colleague’s question also implies “What is the end result of successful meditation?”  Like the first part, this is defined principally by why we’re doing the meditation in the first place.  The religious practitioner is meditating in hopes of a deeper understanding of or communion with the Deity.  The seeker after transcendental enlightenment is searching after Universal Truths.  The philosopher is, we hope, rewarded with a logically consistent answer to his or her question.

aim for skill in jumping and throwing

They use up their qi and li

As a result, after practice,

they always have to catch their breath.

Thus, in practicing the form, the more slow, the better.

Sink the qi to the dantian,

Naturally, there is no harm to the blood vessels or circulation from exaggerated emotional

reactions (such as anger and resentment).

the significance of achieving this.

Putting this poetic text into practical terms, we aim to achieve what translator and tai chi expert Lee Fife describes as “non-duality.”  We understand the Yin/Yang diagram easily enough, but tai chi has a similar symbol, the taijitu, which I’ve discussed before but which deserves revisiting:

This symbol represents the tai chi player, externally displaying the various aspects of yin and yang (as the need for each arises) but internally still, centered and calm.  It means when I’m doing the solo form, I’m not concentrating on anything but simply doing the form.  It means when I’m interacting with a partner I’m not elated at my control over him or her, nor frustrated at my inability to control him or her – I’m simply interacting with who’s there at that moment, without attachment to desire or aversion.  When I’m interacting with the world around me, I see it as it is – not as I wish it would be – accept it and deal with it as I find it with a healthy degree of emotional and intellectual detachment.

One thing tai chi does not do is make promises it can’t deliver on.  If you’ve never read “Zen and the Art of Archery,” spare yourself the trouble.  One of the most profound impressions you get after reading this short-but-tedious book (it’s written by a German) is that once you’ve finished, you realize you’ve learned nothing useful about Zen or archery.  Tai chi does not oversell itself.  It’s a mundane, worldly sort of meditation we learn in tai chi – certainly compared to that performed by Trappist and Buddhist monks – but it is a practical one; and since few people do any sort of meditation of any kind whatsoever, learning a mundane-but-practical form gives us benefits most of the rest of the world aren’t even aware exist!

The last implicit part of my colleague’s question is “Now that we’ve got it, what do we do with it?”

This is the easiest part of his question to answer.  The answer for the tai chi player is in fact the same as that for every type of meditation – they all have the same end in view, and it’s best grasped by looking at the “Hero’s Journey” that’s a part of every culture’s storytelling tradition.

We’re all familiar with this story-arc, because so many stories follow it.  “What do we do with it now that we’ve got it?” is a question related to parts 9, 10 and 11 in the image above, as well as the apex “Status Quo.”  No less a tradition than Zen Buddhism uses the same story-arc in its representation of the path of the “seeker after enlightenment.”  It is a parable expressed in images, known as the “Ten Ox-Herding Pictures of Zen.”  It follows the story of a man chasing after, catching and riding an ox.  The last image is representative of the answer to “What do we do with it?” and it’s shown here, with explanatory text: 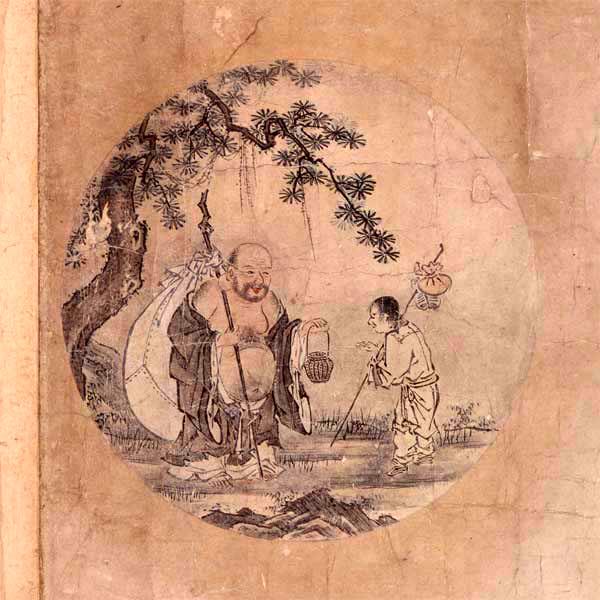 Barefooted and naked of breast,
I mingle with the people
of the world.
My clothes are ragged and dust-laden,
and I am ever blissful.
I use no magic to extend my life;
Now, before me, the dead trees
become alive.
I have abandoned the whip and ropes
(source:  https://unlockthedoortolearning.com/2017/07/09/lessons-from-the-ten-ox-herding-pictures-of-zenpart-11-entering-the-city-with-bliss-bestowing-hands/ )

I dearly love this series of allegorical images, despite not being a Zen Buddhist of any sort.  The story arc is universal and applies to nearly any context.  We go on a journey – in this context, the journey of learning tai chi – and we ultimately end up back where we started:  the ordinary world of every-day.  But we enter it as different people than we were when we started – the journey has transformed us.  It’s not the world that has changed; it’s the same as it’s always been.  What’s changed is how we see it, and how we see ourselves in it – “the dead trees become alive [i.e., he sees their connectedness in death to the rest of the living world, and not merely as dead trees].  I have abandoned the whip and ropes.”

I may have disappointed my visiting colleague when I told him “There’s nothing transcendental in tai chi.”  This is a correct answer, but an unsatisfying one.  It might have been better to tell my colleague that “the meditation in tai chi is as humble and ordinary as the key to a door; but what awaits the key’s holder behind that door is what really counts.”