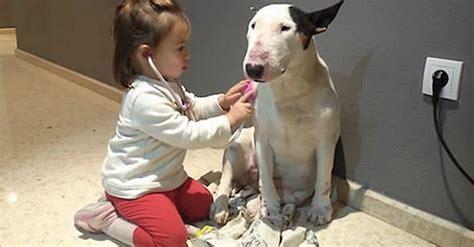 One of the difficulties with many concepts like “healing” is the fuzziness of the term itself.  Some people think of it as a spiritual thing.  My pastor certainly does; then again, he ought to.  Others regard the term as applying principally to recovery from stress or trauma.  Still others refer simply to the act of mending from injury.

All of these contexts are 100% valid and correct in their proper context.  If someone who goes to confession at church over something weighing heavily on their conscience considers this act of unburdening themselves to be “healing,” it is cruel for the rational and clinical thinker to scoff at the confessant.  Contrariwise, if my leg is in a cast and I tell someone at church “I’m healing up slowly” and they respond “Yes, but what about your soul?” the very best that person can expect from me is a snot-nosed answer like “The hospital sent me their invoice in the mail today and I checked – if they did anything about it, they didn’t charge me for it.”

Keeping in mind the fact that I realize that every one of these contexts (and those I may not have listed) are entirely valid, I owe it to the class to spell out what I’m thinking about when I say or hear “healing” in connection with tai chi and qigong.  One of the most pernicious and corrosive things I see in society is the tendency for people who wish to persuade us using “fuzzy” and ill-defined terms, expecting that whatever they may really mean, the listener (us) believes that he or she is using the term in the same way we do.  There are also those who use such terms as “healing” without having any detectable idea what they themselves mean, and not caring all that much that they don’t – it’s positive and wholesome; that’s good enough for them, and it should be good enough for you.  I don’t know which is worse.  No matter what, the burden of clear communication is always on the instructor.

“Heal” and “health” derive from the same root.  The Chinese approach to “health” is rather different from Western medicine.  I’ll go over it in a future post, but the short version is that the Chinese traditionally consider “mind, body and spirit” to be all-one-and-the-same-thing.  To the traditional Chinese medicine practitioner, a proper outlook, prudent practices and an active mind are all essential to “good health.”  Western medicine has begun to embrace this concept to a degree, after having spent a long time treating everything as a medical issue for which a prescription is the proper “cure” – those of us “of a certain age” can call to mind the Rolling Stones song “Mother’s Little Helper” and know exactly what I’m talking about.  It takes a long time to undo bad habits.

That last sentence points not only to what I keep talking about in class, but also to my own attitude toward “healing” as regards tai chi and qigong.  We spend a good period of our lives learning and adopting bad habits, and it takes a long time to undo them.  A few examples suffice, each showing the effects of bad habits in mind, body and spirit.

My mother was troubled all through her life by my grandfather’s dismissive attitude toward her.  It manifested itself in many different unhealthy behaviors and ways of thinking, all of which in a very real sense prevented her from seeing just how talented, capable and successful she really was, and how much she had to be justly proud of.  It took a long time for me to see these habits for what they were and resolve not to perpetuate them, and the work is still ongoing.

My late stepsister’s husband grew up at a time and in a culture which valued hard work much more than it valued “smart work.”  In like manner, tending to one’s health or even talking about it was seen as weakness of character.  Being seen to be “busting your ass” was believed to be virtuous – never mind that the logical consequence of this attitude is a busted ass.  This man is now in his 70s and, not to put too fine a point on it, he’s a miserable, bitter, unhappy cripple.  He’s unwilling to change anything about himself, incapable of seeing how to do so, and by now physically unable to make much progress toward anything like improvement.  In short, he’s waiting to die and everyone agrees he will not have to wait very long.

Many years ago when I was still married, we lived across the street from a happy little family consisting of husband, wife, son and grandpa.  We were close friends and considered each other as nearly family as our own relations.  Grandpa had worked in the mills his whole life and was one of those fellows who defined himself by what he does, and sees his value as being intimately connected with his gainful employment.  Everyone was surprised when he was dead six months after he retired, but I wasn’t.  I’d seen it myself in the Army.  It’s a commonplace that Sergeants Major, Lieutenant Colonels and other “Lifers” who are retired-by-age tend to die shortly after they leave the Army.  They, like Grandpa, gave their whole lives to their employer and defined themselves exclusively with respect to that employer – once the employer is no longer there, they’re often incapable of seeing themselves as anything else.  None of the ones I’m talking about are suicides, by the way – in a very real sense, these fellows all die of perceived uselessness.  Their stories taught me how important our sense of self is to our own survival, and how important it is to define ourselves and our value by something other than the organization who cuts our paychecks.

These are extreme examples, but they all point toward unhealthy practices in mind, in body and in spirit.  The three examples I gave had all either learned unhealty habits and ways of thinking/doing/feeling, unlearned healthy ones, or never knew of their existence in the first place.    In order to return to a healthy mind/body/spirit, we must:
o  Unlearn unhealthy habits
o  Re-learn healthy ones we’ve forgot, and
o  Learn anew those things we never even knew were out there.

When I teach tai chi and harp on the benefits it has for “healing,” I have this in mind.  Specifically, I believe tai chi and qigong hold out the following benefits:

MIND:
Tai chi takes a great deal of concentration.  Years of doing things more-or-less on autopilot dull our mental sharpness.  Tai chi and qigong invite us to
o  Unlearn mindlessness, distraction and
o  Re-learn being actively engaged in a complex task; and once it’s familiar, exploring its many aspects,
o  Learn anew such skills as memorization, real concentration, meditation and so on.

BODY:
Tai chi and qigong force us to pay attention to our bodies.  Our bodies suffer the effects of toil and laziness over the years – each do slow damage in their own ways.  We get into habits in our youth and adulthood which we find ourselves paying for as we get older.  And what’s worse, we’re conditioned to actively ignore the damage we’re doing until it’s far to late to do anything about it.  Tai chi and qigong invite us to
o  Unlearn expedient-but-harmful ways of moving/resting
o  Re-learn how to relax, how to move, how to interact, etc.
o  Learn anew how to interpret the signals our bodies send us, how to cultivate our energy and put it to efficient use, how our several parts work together, and how to coordinate and put them in balance

SPIRIT:
It may be that the most important thing our class gives us is the ability to put our daily cares, concerns and struggles “outside” for an hour or so.  Being alive and human means being subject to stresses and trauma, pleasures and temptations.  From time immemorial mankind has understood that while these are unavoidable, the important thing is how we react to them, learn from them and grow.  Also from time immemorial, we’ve had plenty of bad coping skills to accompany the good ones, and plenty of cheap-and-easy distractions to help us ignore the damage we’ve received and that which we’ve done to ourselves (“I’ve had SUCH an awful day, I just wanna go home and…HEY LOOK!  All-You-Can-Eat Chinese Buffet?! YES!  I’m gonna eat my feelings until I barf! I wonder if they serve alcohol…”).  Tai chi and qigong invite us to
o  Unlearn the bad emotional habits and self-destructive attitudes that hold us back or harm us & others
o  Re-learn confidence, patience/forgiveness (with others and especially with oneself), determination, pride-of-achievement etc.
o  Learn anew the quietly exhilarating experience of one’s brain, body and emotions all in unison – moving in stillness, calm and peaceful while moving.  From this, we learn ways to be at peace with ourselves and with the world outside the studio.

That’s a mighty tall order for a martial art and some stretching routines.  But it’s like anything – you get out of it based on what you put into it.  And it takes time.  We didn’t acquire these unhealthy habits and attitudes overnight, and we’re not going to undo them overnight.

So when you hear me bang on about the “health benefits” or “healing properties” of tai chi and qigong, this is what I’m talking about.  Again, I want to stress that my way is not The Way – just “a” way.