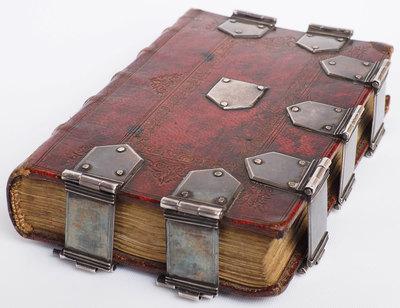 If you haven’t heard me say “There are no secrets in tai chi,” it’s not because I’ve never said it in class.  It’s true.  There aren’t any – at least in Yang style.  Everything there is to know about it is widely available, sitting right there waiting for you to lay hold of it.  It may be the most accessible martial art in existence.

This is not the same thing as saying that everyone will instantly benefit from such access.  When a player still isn’t sure where their hands and feet go for the postures and transitions, for example, it’s no use introducing them to “moving-step push-hands.”  The only result will be bewilderment and frustration.  To date, I’ve only just introduced you to the simplest of fixed-step push-hands; and the only reason I did that was to pique the interest, show you just how much more there is to discover, and demonstrate why we do the things we do, in the peculiar way we do them.  In addition, much of the written material may be hard to wrap one’s head around.  It needs to be put in context, it needs to be demonstrated and practiced and felt, it needs to be read with an understanding that it’s a translation and therefore often only an approximation, and so on.

A good teacher will pay attention to his or her students and watch for when they’re ready to take in new information.  My guide is the degree of comfort and facility you demonstrate with the stuff I’ve already shared, combined with your expressed-and-implied desire to learn more.  That’s how it works, and it’s why I keep telling you to “trust the process.”

I’ve also said before that my job is to get you to a point where you need a better teacher than me.  I believe in this idea completely – I’d be treating the art with contempt if I didn’t want my students to surpass me!  For this reason, it’s my job to share everything I know with you – there are no secrets in tai chi, and I refuse to keep secrets from you.

That’s not the same thing as saying I’m going to share everything with you all at once.  I won’t, for reasons already assigned.  That’s just not how we learn.  I keep coming back to the “driving” analogy.  You didn’t first learn where the brake and gas pedals were by pulling out into rush-hour traffic.  You learned these basics in some place like an empty parking lot.  We go step-by-step from one level of challenge to the next, and the studio is our “empty parking lot.”  It’s the same with me – I’m still working at it.  I learned a great many new things at the most recent seminar.  I also learned new ways of looking at and doing things I thought I knew well, and gained a deeper understanding of things I’d read and understood, but had never seen demonstrated.  I even detected a bit of growth and development on the part of Grandmaster Yang, compared with how and what he taught in 2019.  We’re all on a journey, and the “goal” of the journey is the journey itself.

You may have picked up a hint of something in the preceding paragraph.  While I told you my job is to get you to the point where you need a better teacher than me, I’m also learning and growing, too!  I wouldn’t be much of a teacher if I didn’t make an effort at such growth; what’s more, doing the work of growing and learning helps to remind me how much hard work you as students are putting in.

I’m going to let you in on one last secret I alluded to on the Facebook page….

There are a few things I do that I don’t tell you about.

Most times, it’s because those things are ordinary and boring.  Who cares what sort of strength training I do, or what sort of cardio?  You should expect that I do something like that, because who’s going to listen to a shlumpy, wheezing martial arts teacher?  But what I do along those lines is nothing special at all.  And because I’ve tailored my strength and cardio training to me and my own life, my regimen very likely doesn’t apply to anyone else.

The other things I do are peculiar to me alone, in that they’re related to my own personal martial arts goals or even just where my curiosity leads me.  Where I think this-or-that thing I do might have benefit to you as tai chi players, I share it, as I did with the “paint can thing” and the “tub-o’-sand thing.”  But if I don’t think it has any such benefit, I don’t see much point in wasting class time discussing it.

I say all this so you may be assured that Yang family tai chi has no “Deadly Flying Secret Wu-Tang Galactic Monkey Exploding Bowel Technique” known only to the Inner Mystic Conclave of Grand-High-Exalted-Masters-Of-The-Celestial-Crypt.  There is no “secret level” in Yang tai chi.  What you’re learning is Everything-There-Is.  How much you learn and what you walk out of class with depends on your efforts in working toward it, and on my ability to present and transmit it.

But I still haven’t shown you everything I can do.